Chewing Over the FAANGS

Home/Latest from John Fleetwood/Chewing Over the FAANGS
Previous Next

Chewing Over the FAANGS 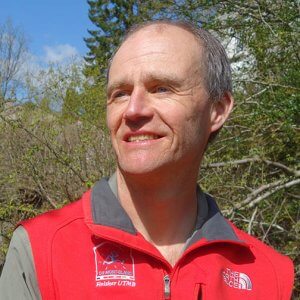 Blog – Chewing over the FAANGS by John Fleetwood

The Church of England recently raised some considerable controversy when it said it would keep its’ shares in Amazon (just one of the FAANGS), despite the Archbishop of Canterbury, Justin Welby, having strongly criticized the company for ‘leeching off the taxpayer’.

Amazon has been the subject of campaigners’ ire for some years now, mainly because of the very low rates of tax it pays in the UK, but also for its employment practices.  Like many other technology companies, Amazon effectively transfers profits to jurisdictions with favourable (low) tax rates so that it ends up paying very low rates of tax in the UK when compared with the vast majority of companies that operate in the UK.  Justin Welby went as far as to say that:

“They don’t pay a real living wage, so the taxpayer must support their workers with benefits. And having leeched off the taxpayer once they don’t pay for our defence, for security, for stability, for justice, health, equality, education.”

But it’s not only the Church of England that holds Amazon shares.  Amazingly, a number of ‘responsible’ investment funds do so too.  The justification has been that Amazon is the leader in cloud computing with its associated environmental benefits.  This doesn’t really hold water as Amazon Web Services represents a minority of its business, the bulk of its profits coming from online retailing which are heavily reliant on its aggressive tax policies.  The Church of England has clearly identified this as a major issue, stating that:

“We consider aggressive tax avoidance or abusive tax arrangements to be both a business risk and an ethical issue. As with other issues, we take the view that it is most effective to be in the room with these companies seeking change as a shareholder. We continue to work with other shareholders to tackle this issue via engagement with companies and their managers.”

It is highly debatable as to how effective such engagement is likely to be, given Amazon’s enormous size, diversity of investors and business model.    It seems that Amazon’s undoubted financial attractions make it a tempting holding for ethical and sustainable fund managers including Royal London, UBS, Schroder, JP Morgan, Dimensional, F&C, Carnegie and Candriam.  In our view, this rather undermines the environmental and social governance.

Amazon is just one of the FAANGS – Facebook, Apple, Amazon, Netflix and Google – leaders in the online world, and all raising tax concerns.  Many other ethical funds hold one or more of these companies, but there’s a great diversity of opinion on the ethical acceptability of these companies.

In a blog post on the FAANGs, Institutional Sustainable investor, WHEB, comes to the conclusion that:

“Ultimately the key question sustainability-oriented investors should be asking is how do these companies actually make money and how is this aligned with sustainable development. In short, by doing more of what they do, will the world be a more sustainable place?”

Liontrust Asset Managers initially invested in Facebook but subsequently sold it on concerns over data privacy, content moderation and fake news.  In an article on social media, the managers conclude that “large user content generated networks will remain a challenging area for sustainable investing”

Edentree produced a very good review of all the FAANGs, which documents why only Alphabet (the owner of Google) is approved for investment by the Edentree Amity funds, identifying serious and sustained controversies.  We agree and is interesting to see how sustainable investment funds are differentiated by their approach to the FAANGs, forming a real test of the credibility of their ESG approach.

Investors should remember that the value of investments, and the income from them, can go down as well as up. Investors may not recover what they invest. Past performance is no guarantee of future results. Any mention of a specific security should not be interpreted as a solicitation to buy or sell a specific security.

World Environment Day – What’s it all about, and how can the way we invest money make a difference?

Investing in the Transition to a Low Carbon World

So, what is Earth Overshoot Day?

Add your details to receive our Newsletter